Wow - How time has passed!

It's been several months since I've written anything and that's not exactly conducive to attracting an audience, but so be it. If I have to sum up the past few months, it would be that a lot has happened, but a lot has not. Let me try to explain what I mean.

In my reality world, I've gotten back to living life as well as can be expected. I still work the same job, do the same chores, have the same routines, etc. We are preparing to put the house that the kids rented up for sale. My son-in-law doesn't want to live in it anymore (I don't blame him) and we don't need the expense of a second house, so it's got to go. We started mowing the lawn ourselves instead of paying someone else to do it.

But I still feel as if time is standing still...time stopped when my daughter died. The woodworking shop I wanted so bad for so many years and finally got when we moved into this house is no longer so important. The job is no longer so important, nor are any of the other myriad of things I used to enjoy doing. I function out of necessity. Time stopped when my daughter died.
Posted by John Wolfe at 9:11 PM No comments: Links to this post 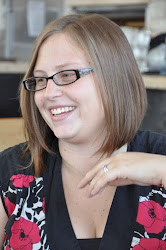